Java has a number of functions that can be leveraged by the programmer to create desirable effects. One function, in particular, helps with procedural generation, game development, and a variety of other applications.

Random number generation in Java is a powerful feature that lets the programmer generate random numbers. Objects of the Random Class come with a variety of additional methods that can return a variety of output.

We will walk you through how to generate random numbers with java random, practical applications of the Random class, technical info, and some common mistakes programmers run into when using this class.

How to Generate Random Numbers with Java Random

To better explain how to generate random numbers in Java, we will break up the information into the following 6 sections:

The Java Random class is a powerful tool that allows Java developers to generate random numbers. These numbers can be returned as regular integers, floats, or doubles. The output that a programmer desires will be based on their specific needs.

Because these numbers are produced based on an algorithm, and can be replicated, they are not truly random.

This will import the Random class and make it available for use.

To do this, you can write the following code under your public static void main method:

There are two different formats in which the Java Random class can be instantiated. These formats are defined by the constructor, the code that goes into the parenthesis when we instantiate the Random class.

There two constructors that exist for the Random class are as follows:

The nextInt() function returns a pseudorandom number that will exist as an integer object type. Integer values are common, making this function particularly useful if you are primarily dealing with integer values.

The method nextInt() can also take a parameter that limits how high the value of the integer returned can be. For example, say you have a Random class instantiated as randomNumGen. The method call randomNumGen.nextInt(10) would return an int value in-between the value of 0 and 9.

The value you set is exclusive, meaning it won’t actually be a number included in potential integers returned. If you wanted a random int generated between 1 and 10, you would have to write randomNumGen.nextInt(11).

The nextFloat() method returns a float value between 0.0 and 1.0. This method is useful for generating precise numbers that can be manipulated in a variety of fashions.

The nextDouble() method returns a double value between 0.0 and 1.0. This method is useful if you want to generate a decimal value of up to 15 to 16 points. Double values are more precise than float values. 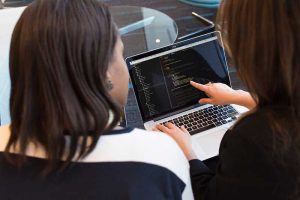 Now that you understand how the Random class works, is instantiated, constructed, and how its methods are called, you should be able to follow how the random number generation works in application.

In the following code, we detail a simple program that uses the Random class and the nextInt() method.

//create a scanner to output print

When you run this code, you will be prompted to enter a random number with a maximum range. After entering the number, you will receive 10 outputted numbers from the random number generator. 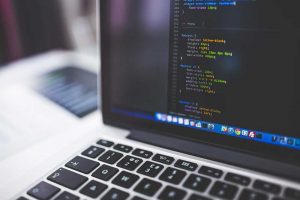 The Java random function has a number of useful practical applications. The following applications of the explode function help make it a powerful tool for programmers:

The Java random number generator is an excellent tool to use for creating simple RPG combat. RPG combat is heavily based on chance influenced by numbers. One specific RPG modifier, critical hit chance, is the chance that a player has to do critical damage.

You could also use Procedural Generation to create different item names, stats, and locations. Items are procedurally generated in this fashion in games like Diablo III and Destiny 2.

There are a few key mistakes that programmers tend to make when using the random numbers class in Java. One of the first mistakes is believing that the numbers generated by Java random are truly random.

Generating random numbers with Java is a relatively straightforward process. The Java Random class is powerful and has a number of real-world practical applications.

If you have an interest in roleplaying games, we recommend you create your own dice rolling program to use with a role-playing board game. You could even create new types of dice simulations with the Java Random class.

Filed under: Java, Programming by admin
No Comments »